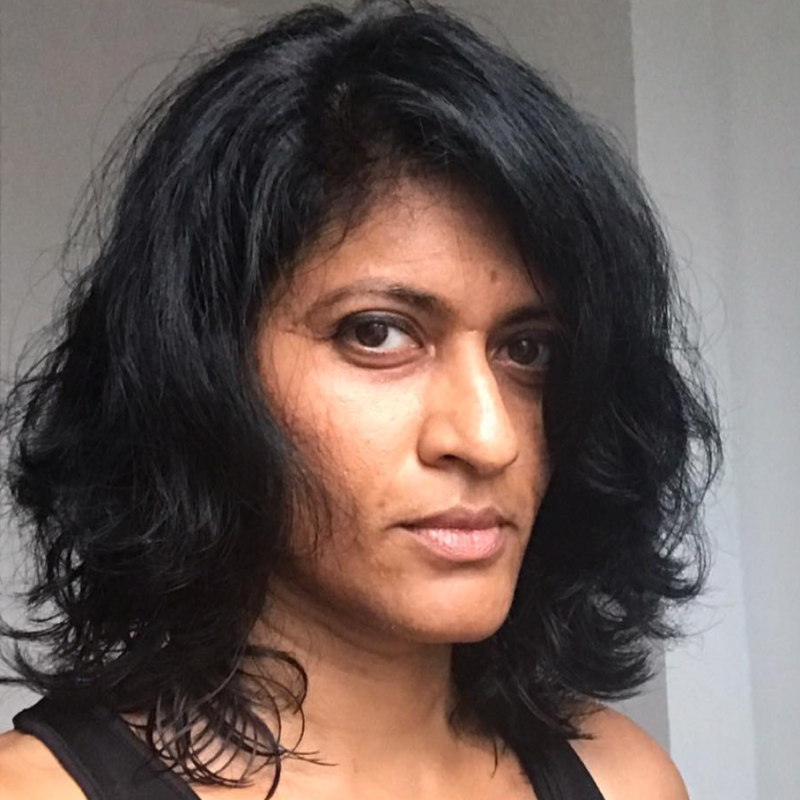 Chithra makes intimate films about identity, human relationships, race, art, and health. She has an MFA in film production from the University of Texas in Austin. Her documentary work is supported by Jerome Foundation, Center for Asian American Media, New York State Council for the Arts, BAVC Media Maker Fellowship, Made in New York Fellowship, American Institute for Indian Studies, Lancet, Dance Films Association, and pitched at competitive industry events like the IFP project forum and Sheffield Meet Market. In the near future, she hopes to direct narrative features. She is an avid runner and food is her first love. She’s an adjunct at NYU Tisch School of Arts.

She is known for RAGS TO PADS, a 3-minute film about menstrual hygiene in India. Her short MIJO aired on PBS and played in fifty film festivals around the world. Her feature Foreign Puzzle is distributed by New Day Films, a member-owned distribution cooperative. Now she’s making ‘Our Daughters’ a feature documentary that explores adoption in America through an immigrant lens. She edited “America in Transition”, a Sundance-supported series about trans people of color in America. She is editing “ It’s just a job” an intimate look at the decriminalization of sex work.